A cure for the “If this is such a good idea, why aren’t I doing it?” blues

Have you ever had a great idea–or two–that you were eager to act on, but you couldn’t seem to get moving? It could have been an art project, a blog, a book. Whatever it was, the initial inspiration seemed so clear, and then? Mush.

A decision is a decision when two things happen: You choose and you declare that you have chosen.

Choose: The Latin root of decision means to cut off or cut away. And when you choose to do one thing, you are choosing not to do something else. You cut away some possibilities for the sake of the one you choose.

Fear of letting go of other possibilities is one of the chief blocks to making a decision. But notice: If you try to keep all the possibilities open, you never follow through on any of them. To make your idea real, you’re going to have to choose it over other ideas.

Declare you have chosen: Language makes things happen. We declare things into existence, as when a minister declares, “I now pronounce you husband and wife.” Your decision is complete when you put your choice into words and declare it to yourself and others.

The declaring it to others piece is important. A declaration is incomplete until it is both spoken and heard. To put oomph behind your decision, get a witness.

Now what? How vision gets fuzzy

So you’ve made a choice and declared it, now what? Many an idea stalls at this point. The original vision gets surprisingly fuzzy.

When you think about, you’ll see it’s natural for an idea to get fuzzy after you’ve decided to pursue it. For one thing, you may be a bit shy about the choice you’ve made. Can you really do this thing? Will it work? For another, bringing an idea to life usually involves a lot of moving parts. Many different things will need to be done at many different times. Right after you’ve made a decision, it’s easy to be swamped by all the steps you might need to take. The simple brilliance you started with becomes quite confused.

Restore focus with conditions of satisfaction

Let’s say you decide to start a blog. While it was still a sparkling idea, you felt quite inspired by the possibilities. Now that you’ve declared that you’re going to do it, so many questions crowd your mind. What are you going to write about? How often should you post? How do you get people to read it?
Before you start to answer those questions, stop. Check in with yourself and connect with your original reasons for choosing this idea. What has to happen for you to be satisfied with the blog you create?

Notice that standards describe specifically what you will do–and when–to meet your conditions of satisfaction. It’s also important the standards be something you can control by your own actions. If you live up to your standards, you declare yourself satisfied.

It’s natural to go through a phase of fuzziness when you have a great idea. Your great idea will look a lot more possible after you’ve made a clear decision and created conditions of satisfaction. 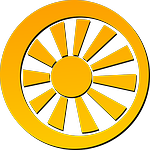 Is it time to stop spinning your wheels?

The Traction Mastermind is an elite coaching program that will get you unstuck and into action. In 16 weeks you’ll dissolve the barriers that hold you back once and for all so you can really be all that you are and do all that you are meant to do—and enjoy yourself in the process.