From coaching call to virtual sandbox: How a shared whiteboard can transform your teaching 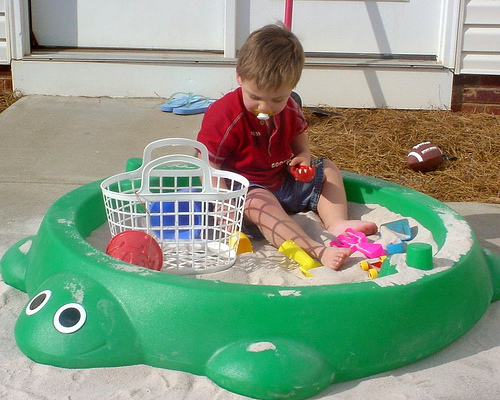 This is a guest post by Colin Beveridge, whom I met through the 2010 Self Employment Telesummit.
I was starting to panic a bit. This was my student’s first remote class. He was already skeptical about the idea of having classes over the internet, and the technology was conspiring against us: he had no microphone. My usual shared whiteboard of choice wasn’t loading. And I simply couldn’t afford to lose this student.
I did what any of us would do: I pressed the mute button and swore violently for two seconds. I got my breathing under control. And I hit up the Google for another solution.
Why is it so important to have a whiteboard?
I teach math, but I really can’t think of any type of one-on-one online coaching that couldn’t be supported by a shared whiteboard. It’s particularly useful for math, which is a difficult language to speak and understand clearly – especially when one of you is a fluent native and the other a keen beginner.
There are a hundred ways to use a shared whiteboard in a class, a call or a meeting, including:

Why whiteboards?
Whiteboards became an essential part of my problem-solving toolkit during my PhD, when my office had the biggest whiteboard known to the math department, and my office-mates didn’t seem to want to use it. I thought it was a waste of a wall not to try it out – especially as my project involved more sketching than it did equations.
I don’t know whether it was working vertically, or being able to undo much more easily than on paper, or just the jolt of moving to a different medium, but working at the board gave me breakthrough after breakthrough.
There’s a catch, of course – there aren’t many people who like whiteboards. They’re associated with standing at the front of the class and puzzling over a question. You’re either humiliated by the teacher if you get it wrong, or you’re socially outcast for being a brainiac if you get it right. There’s a serious psychological block to overcome there.
How do you encourage nervous students to play along?
My number one tool for encouraging students to take part is to foster a calm, friendly environment where it’s ok to be wrong. As one of my math teacher friends says, “if you’re not making mistakes, you’re doing it wrong.” If my student knows the worst that can happen is that I’ll correct them gently, it takes away a lot of the fear. On top of that, they get the chance to earn effusive praise if they get it right.
Even in a bigger class, if you carefully prime all of your students to be encouraging and positive, you can again take away a lot of the perceived pressure of writing on the board – above all because there isn’t the long walk to the front of the room if the whiteboard is just on your computer.
You can also play up the novelty value at first: it all seems quite magical at first, these words and drawings appearing on the screen, and it’s not hard to make someone’s curiosity to get the better of them.
Where do I find a whiteboard?
For a long while I used scriblink, but we’ve had a falling-out. It has a tendency to drop connections and sometimes fails to load – like it did with the student from earlier. And it’s just started covering the background in obnoxious advertising. On the good side (for geeks like me), it does support LaTeX if you want to write complicated math equations.
What the Google suggested was a site called Dabbleboard. It’s much faster and intuitive to use than scriblink, and just as free – although you do have to sign up. It also allows for bigger classes – scriblink maxes out at six, but dabbleboard claims it’ll work just fine up to about 20 users.
Back to the student
“I didn’t think it’d work, to be honest,” he said afterward, “but that was really good.”
Making use of a virtual whiteboard can add a new dimension to your coaching – and help your clients get the results they need.
Colin Beveridge dreams of a world where everyone is good at math. He tutors students anything from fractions to Fourier transforms and has recently produced a Little Algebra Book to show that math doesn’t have to be a boring, black-and-white world. He lives in Poole, England with a guitar, an espresso pot, and nothing to prove.
Photo credit: Jason Tromm via Flickr
Under a creative commonslicense