Getting Organized: The Incredible Lightness of an Empty Basket 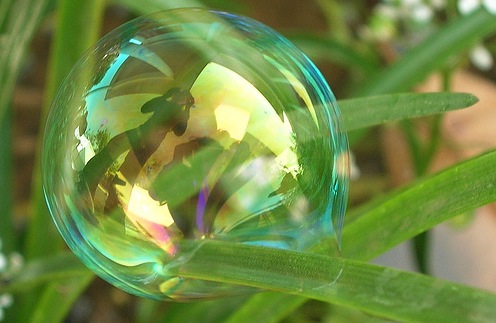 There’s a basket in my office where I put things I’m not quite ready to deal with or that I plan to use in the near future. I toss in notes from a teleclass, like the one Susan Harrow did for us last fall, intending to enter them into Evernote. I store bank statements until I get around to reconciling them. I stash outlines for Profit Alchemy.

You get the picture.

Most of the time, I’m satisfied to let things collect in the basket. But eventually, usually when the basket is about three-quarters full, it becomes a psychic irritant. When I see it, I feel heavy. Almost guilty. Definitely out of synch with myself and my business.

Then I know it’s time to deal with the basket.

Getting started is a process

At first, I have intentions. After a while–sometimes a long while–the intentions become plans, and I put them on an action list. And once on that list, dealing with the basket gets moved from one date to another, until through some unseen process, the day arrives when I actually deal with the basket.

The process can take weeks or months. In my case, the process has been going on since the end of the Self Employment Telesummit in October. Today (January 20) I finally dealt with the basket. Your mileage may vary.

Hold your plan to deal with the basket firmly, but lightly

I’ve found that it’s best to hold plans to deal with the basket both firmly and lightly.
Firmly, so you don’t consign the basket to permanent limbo. Lightly, so you don’t castigate yourself for putting it off (again). Because the more you beat yourself up, the more inclined you will be to put the basket out of your mind (and quite possibly out of sight) forever.

In other words, be mindful.

The day to deal with the basket will arrive

If you hold plans for dealing with the basket both firmly and lightly, the day will come when you’ll know it’s time to take action.

The thing is, knowing this is a subtle thing. You need to be reasonably mindful, in touch with your senses and emotions, or you’ll miss the signal altogether.

Set the conditions for receiving the signal

You’re unlikely to receive the signal to deal with the basket unless two conditions are met.

When the signal arrives, answer the call promptly. There’s no knowing when the right time will come around again.

Four rewards of dealing with the basket

In addition to the simple, but not insignificant, satisfaction of seeing an empty basket, dealing with it yields four rewards:

Hidden in your basket are goodies you’ve been saving until you have time to do something with them. Now you get to do the things that extract value from those goodies.

Do each thing now, otherwise it ends up back in the basket, neater perhaps, but just as unfinished.

When you lose sight of what’s in the basket, the mind manufactures monsters. The monsters shrink when you get them out into the light of day. And they vanish when you do the thing that gets them out of the basket for good.

As you clear the basket you have my permission to let go of those possibilities, no strings attached.

There are more where those came from.

A funny thing happens as you clear out the basket. Your mind begins to clear as well.
Simplifying, completing, and letting go free your mind. Even though dealing with the things in your basket is work, it’s work that leads to completion.

And when you complete something, your brain releases a small amount of endorphins, nature’s own feel-good juice.

And that’s the incredible lightness of an empty basket.