Yikes! What if you ARE earning what you deserve? 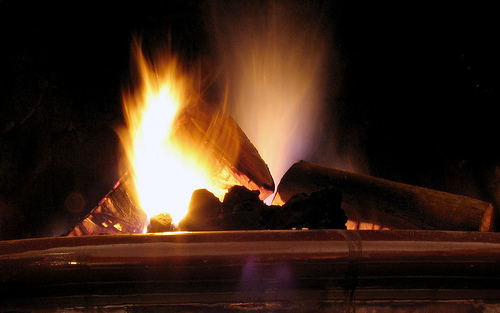 I want to light a fire under you, and in the process I may irritate you. My hope is that even if you’re put off by this article, it will shake up your thinking, inspire you to end underearning, and  even catalyze the willingness to make a profit at work you love.

I’m frustrated by Accidental Entrepreneurs who say they want to earn more, but who act in a way that guarantees underearning. I’ve done it myself, more than I like to admit, and it’s not pretty.

After all, you could say that we always earn what we deserve, because what we earn is a function of the beliefs we hold and the choices we make.

Deserving is not about entitlement

To deserve something doesn’t mean you are entitled to it. According to the dictionary, deserving is a function of what you do. The word derives from the old French”deservir,” meaning to serve well or zealously.

So the question is, what are you serving zealously in your efforts to earn a living?

Another way of putting it: Are you zealously serving your wellbeing, which includes but is not limited to your ability to make a contribution? Are you living a commitment to end underearning?

Or are you in zealous service of underearning?

It is entirely possible to zealously serve underearning even as we say we want to earn more. Here’s how that might look.

When we do these things (even just a few of them) we zealously serve underearning.

Earn the right amount for your life

According to Jerrold Mundis, author of Earn What You Deserve, How to Stop Underearning and Start Thriving, “Freedom from underearning means regularly to gain income that is enough to meet your needs in a humane way.”

“Humane” means adequate to your needs, which include self care, entertainment, vacations, wellness and healthcare, philanthropy, and savings. It means earning enough to make life enjoyable, not just bearable.

Now that amount will vary from person to person. Precise accounting for your expenses plus the cost of things you are deprived of as a result of underearning will show you the amount that is right for you. Of course, to come up with this amount you’ll have to be honest about what you want, neither inflating it nor shrinking it to meet someone else’s idea of enough.

And you’ll need to keep track of money, not go around in a money fog.

Underearning is the result of beliefs and behaviors

Underearning is the result of beliefs and behaviors, and we are responsible for both.

This is so important. If you are an underearner, you are committed in a very real way to underearning. That is good news, because it demonstrates how powerful your commitments are.

When you understand that you, through your commitments, are the agent of underearning, you experience your  power. Look what you have manifested as a result of your beliefs and behaviors. Imagine what you can manifest when you change them.

I’m not being sarcastic. The first time I really saw how what I had was a direct manifestation of what I believed and  how I behaved, I experienced an unforgettable power surge. I want that for you.

When we take responsibility for our beliefs and behaviors, it  becomes very clear that we are not at the mercy of the economy, of the culture, or of values we do not embrace. We have the power to end underearning.

If you resonate with this, you may feel a bit overwhelmed at the idea of changing your beliefs and behaviors. After all, we’re talking about reversing what could be a lifelong pattern of underearning, and it is no small thing to turn that around. Here’s a tip to make the change more manageable.

Start by changing your behavior. Your past behavior has reinforced your beliefs, and the fastest way to challenge and change those beliefs is to build a foundation of new behavior. As your behavior changes your relationship to underearning, your beliefs will naturally follow.

How’s that fire coming along?

Learning about the pattern of underearning shook me up in a big way, and I hope this article has done the same for you. I’m so grateful to have been awakened to my responsibility to end underearning and earn enough to live an enjoyable life that I had to share the realization.

Because we weren’t put here to muddle through and make do. We are each responsible for tending to the creative fire that animates our work and funds our well being.

That means stepping up when it comes to earning what you deserve. It means putting an end to underearning now.

Profit Alchemy: Put an end to under-earning in 2013

Early bird deadline December 18, 2012
Beginning in January, 2013, I’ll be taking a stalwart group of creative, heart-centered professionals on an adventure in purposeful profitability. It’s called Profit Alchemy, and it includes:

Learn more by clicking HERE. If what you see resonates, complete the application and schedule a complimentary Purpose and Profit Strategy Session.