The Law of Attraction: What Abundance Gurus Don’t Tell You 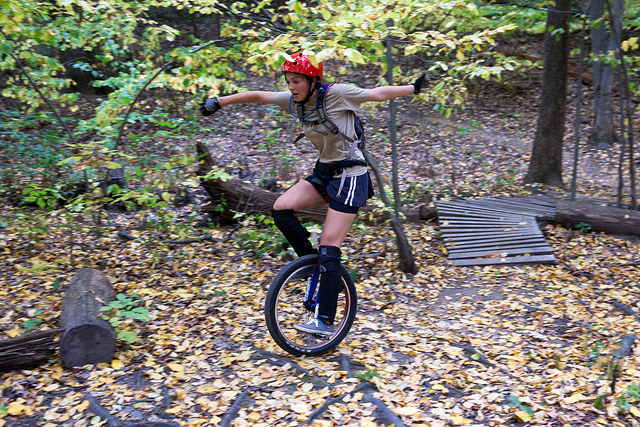 This is an updated piece from the Shaboom archives, which is why you’ll see comments from way back in 2007. It’s especially relevant to the current free Wealth Wisdom Series, which you can learn more about at the end of the post.

If you have ever had, ummm, “issues” related to abundance and scarcity, it’s likely that you have explored positive thinking, visualization, and the Law of Attraction. If you are getting what you want from applying these principles, you can stop reading now.

(But wait! Please read on and then tell me what you think about all of that in the comments section below.)

When a sweet idea turns sour

Perhaps, like me, you remember a time when you first realized the power of your thoughts. Wow! There you were, confidently stepping into a future that was not determined by your past, and the whole enterprise was imbued with enthusiasm (en-theos; filled with God) and lightness. What’s not to love?

And then perhaps, attraction and positive thinking seemed to stop working. No matter how you badgered yourself, regardless of how much inspirational literature you read, you appeared stuck in an unsatisfactory current reality. And then, maybe, you tried harder.

Trying to make the Law of Attraction work against apparent evidence to the contrary is like climbing onto a unicycle at the top of a hill and trusting momentum to keep you from falling. The more energy you put into your carefully crafted (and sincere) intentions, the harder you hit the ground when intention crashes into Reality.

When the Law of Attraction is working, the rewards far exceed your efforts. When it isn’t, no matter how much energy you put in, you stay stuck. Fortunately, there is an explanation for both outcomes, and it can restore you to right relationship with infinite possibility.

A short, painless, detour through physics

It’s impossible to get more energy out of a system than you put in. That’s the law of conservation of matter and energy, and neither you nor I are in a position to contravene it. When the Law of Attraction produces results that outstrip your efforts, the only possible explanation is another source of power.

I call that power Reality. You may call it God, Spirit, Consciousness, The Universe—the name is immaterial. What matters is recognizing that attraction works by virtue of a power other than and greater than yourself.

The good news about the Law of Attraction is that it works. The bad news is that you are the Tonto to Reality’s Lone Ranger, the Sancho Panza to Reality’s Don Quixote. And that, friends, is why your best efforts can run you ragged instead of producing the results you long for.

Whenever you use The Law of Attraction to escape something undesirable or get to something you think will be better, it is doomed to failure. That’s because you are objecting to Reality, the senior partner in your enterprise.

When you try to manifest change without accepting Reality, you are working without the benefit of leverage and traction.

When a lever is just a stick in the mud

The Law of Attraction magnifies intentions and actions to produce significant change just as leverage amplifies a relatively small force to produce a relatively large result.

Investors use leverage when they borrow money in the expectation that the rate of return will exceed the cost of the loan, thus enabling them to earn a return on an investment they couldn’t otherwise afford.

In mechanics, leverage is produced when you push down on the long end of a stick resting on a fulcrum so that the short end moves upward with great force. In physics and metaphysics, no fulcrum = no leverage. If you can’t repay a loan, you won’t profit from borrowing money. Push on a stick without a fulcrum, and, at best, you sink the stick in the mud.

If you rely on the Law of Attraction to produce results without grounding your vision in current reality, no amount of positive thinking or visualization will be sufficient to get what you want.

Reality is the fulcrum without which the lever of attraction is useless.

Power without traction equals spin out

If you’ve ever hit the gas when driving on a wet or icy road, you know that adding power when you don’t have traction results in loss of control. You can go fast, but without traction you have no control over where you are going.

Similarly, when you use affirmations and positive thinking to ramp up your energy without being firmly rooted in acceptance of What Is, you will spin your wheels every time.

Accepting—even loving—Reality is where the rubber meets the road. It is the key to traction.

The power of attraction starts with loving what is

Accepting yourself and reality here and now is the missing piece of the attraction puzzle, but how do you do that? What if you find yourself devoutly wishing that someone would just put you away so you won’t have to deal with yourself for a while? (Or am I the only one who occasionally feels that way?)

When the truth is that you don’t like the way things are, then that’s where acceptance begins. Stop. Look. Listen to yourself. Make room for the uncomfortable thoughts and beliefs that you are so eager to get rid of.

Consider the example of the Tibetan saint, Milarepa. One day Milarepa was meditating in front of his cave when the demons of anger, greed, and fear arose before him. They were truly horrible beings with flames spurting out of their nostrils and pus flowing from their eyes.

Rather than push them away, Milarepa invited the demons into his cave for tea. One by one they entered the cave, and in the light of his clear regard, they dissolved.

Eventaully, only one demon remained. The most terrifying of them all, it roared and howled, and rather than dissolving in Milarepa’s presence, it grew larger and more foul. Regarding the demon with great humility, Milarepa stood and bowed, baring his neck and thrusting his head between the creature’s fangs. As he breathed in the sulfurous stench of the demon’s breath, Milarepa whispered, “Teach me your pain.”

When your own demons howl in protest at what is, when doubts assail you and you feel like divorcing your own sweet self, it’s time for tea and radical surrender.

Are you still with me? I hope so, because there is a magic formula that restores balance to the Law of Attraction. It is to acknowledge, accept, and question (not argue with) your stressful thoughts, then sit in the answers that arise from within.

How do you do that? The best way I know is The Work® of Byron Katie. The Work is a direct route to acceptance, and from acceptance, creative ambition can’t help but flower. It’s a key part of the Authentic Wealth Virtual Retreat as well as many of my other programs.

Check it out. Do The Work. Then come on back and tell me what you found.

Experience the free Wealth Wisdom Series (no sign up required)

In June 2013 you’re invited to experience the free Wealth Wisdom Series. During the series you will have an opportunity to reconnect with your human-beingness. You’ll reconnect with the truth that all wealth, all generosity, all connection exists only in this moment and that the great chain of being needs you to be exactly the way you are in order for the marvelous dance to continue. You’ll experience yourself as a wealth creator.

Available June 6: Download the “Let’s End the Tug-of-War About Money” mini workbook. In it I teach a foundational exercise from the full-length Authentic Wealth Virtual Retreat.

Available June 12: Video, “The Three Questions You Must Answer to Be Wealthy.” I’ll give you a transcript, too, but I urge you to watch the video. I chose this medium deliberately so that you can better engage with the questions and tap into a greater Source of intelligence for the sake of creating and sharing wealth and wellbeing in all dimensions.

June 18: A transformational webinar: “How to Make the Shift from Money Victim to Wealth Creator.” Replay available including download mp3 and slides.

The Wealth Wisdom Series is unlike anything I have offered before. Even if you’ve signed up for my previous wealth trainings, you’ll gain new insights and shifts from this one.