When Reality Hits, It Isn’t “Reality”

When Reality Hits, It Isn’t “Reality” 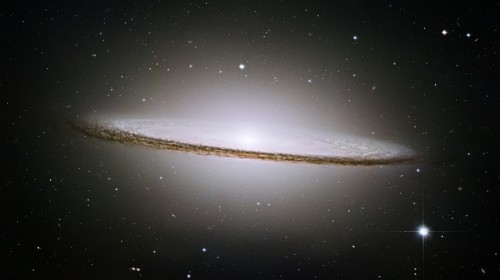 A long time ago in a galaxy far, far away I was a heavy smoker. Heavy as in two packs a day.

One day I decided to quit. It was the last day of a hunting trip in eastern Washington. (Yes, in that other galaxy in that other millennium I hunted ducks and other birds. We had two wonderful Labrador Retrievers, Tide and Yoyo, and I was a hella good shot.)

We hunted in the morning and early afternoon, then piled into the Chevy Suburban three decades before SUVs became the car we love to hate. As we drove over the mountains, I sucked on a bottle of scotch to steady my nicotine-deprived nerves. I was probably eating pretzels, too. I like pretzels on road trips even now, in this different galaxy, this new millennium, decades after leaving nicotine and scotch behind.

I was probably smoking pot, too. I can’t imagine that I wouldn’t have been.

Watch out for the dog!

As we pulled into the driveway after dark at the end of a long day, I said rather irritably to Miles (who in that alternate universe was not yet The Charming Prince), “Watch out for the dog!”

I said, “The big dog! Dammit. The dog right there in front of the car.”

For a moment there was a dog, and at the same time there wasn’t a dog. I did and I did not see a dog until my perception settled down, and I decided that there was no dog.

Granted, on that occasion my nervous system was particularly scrambled, but the variables governing reality are still operating, even when they are not so exaggerated.

Our vast capacity to perceive is organized by social and cultural norms,  our beliefs and assumptions, life history, language, and our nervous systems, among other things.

Most of the time for most people these variables vary within fairly narrow parameters, with the result that we tend to experience what we call reality as  fairly stable.

That saves a lot of time and trouble. We don’t have to figure out if the sound that awakens us in the morning is an alarm clock or a white rabbit.

And sometimes it helps to question reality

There are times when it behooves us to shake things up, especially when it comes to what we assume about ourselves and what is possible in life and business.

One morning in 1984 I awoke from an alcohol and cocaine haze to the brief vision of myself as a window, a window that was closing. I got out of bed, made a few phone calls, and through the kindness of both friends and strangers, found myself in rehab within 24 hours.

I promise you that the woman who had gone to bed a few hours before that vision did not have the resources (moral, financial, physical) to make that happen. In a very real sense (ha ha, no pun intended, but I hate to pass one up when it offers itself) reality shifted.

In one universe I was a hopeless alcoholic slut (sorry, there’s just no nice way to say it), and in the next I was a courageous soul embarking on the sacred project of creating a life.

You can explain it in various ways

There are many things you could point to by way of explaining that reality shift. One is grace, and I made a brief video about that. youtu.be/7lbCZs-9Mws

You could also point to choice, and the first and last videos in this month’s video round-up speak to that.

In this post I invite you to consider the facticity of reality’s plasticity.

What you think is possible for you in this moment is a function of inputs and filters, not of a permanent and pervasive structure imposed on you from outside.

Somewhere around 1999 I got the idea that it would be incredibly cool to take my niece, Amy, to Europe when she graduated from high school. She was 15 at the time.

I was still a relatively new coach, and I did not have the kind of money one would need for that kind of adventure. But that seemed to me to be a detail, and I had time to sort it out.

I started a savings account for the trip and added a hundred dollars here, fifty dollars there.

I went about my business, assuming that we were going to do this thing and looking for ways that it could be done.

And then the miracles happened

Along the way, some unexpected things happened. I received a totally unexpected legacy from a friend. I got my first $10,000 contract when a person in the first Authentic Promotion class asked if I would bring it to NASA. (Um, that would be a “Hell, yes!”

Needless to say, those things helped, and in 2003, Amy and I went on an amazing 29 day odyssey to Paris, Rome, Florence, London, New York City, and Washington, DC. (Sometimes I overdo things. Oh well.)

But even miracles have filters

Something to notice: all those lovely unexpected things that happened would NOT have helped if I had set up my reality filters a little differently.

For one thing, I have a whole heap of nieces and nephews. If I had set up my filters based on some notion of fairness, I doubt the trip would have gotten off the ground.

September, 11, 2001, shook up a lot of realities, and if Amy, I, or her parents had responded to that differently, we might never have followed through on such bold travel plans.

I’m not saying that fairness or caution are bad filters; I’m just pointing out that installing them would have made a difference in whether or not the miracles that happened made a difference.

Now, at last, this is about YOU

The purpose of all my storytelling today is to awaken your curiosity about the reality you’re living in.

I hope that it is one that amazes, delights, and nourishes you and the ones you love.

And if it is not, please know that there are other possibilities.

You have more choices than you may realize.

You have hidden allies.

You are every bit as miraculous as the fragment of a woman that I was on that lonely morning in 1984, and grace not only can happen, it WANTS to happen for you.

As I arrive at the finish line of this strange post, which has meandered like the race course in “Alice in Wonderland,” I feel quite wonderful.

In this moment my filters are set to miracle, and true to form, that is what I see and feel.

I don’t always experience life this way. I do not control my thoughts, and sometimes my thoughts are bleak, limited, and unpleasant to live with.

But they are only thoughts.

And I have come to see thought as the raw material of our magic making. Just because a thought appears doesn’t mean you have to use it to cook up your life.

When reality hits, it isn’t reality

While planning to take Amy to Europe, I often had the thought that it wasn’t fair to other nieces and nephews.

I could be writing the story of how going to Europe seemed like a great idea until the “reality” that it wouldn’t have been fair hit.

But that wouldn’t have been reality, would it?

Shortly after getting sober, I moved back in with Miles, who, over the next few years, morphed into the man I now call, without a shred of irony, The Charming Prince.

I was plagued with guilt until one day I saw that I could have guilt or a happy marriage, but not both.

I chose to give up guilt.

I could be telling the story of how how we tried to get back together after addiction destroyed our marriage, but the reality of my misdeeds got in the way.

But that wouldn’t have been reality either, would it?

You get to look and look again (and again)

You get to look, roll the barrel, and look again.

Have a wonderful, wonder-filled week, and please let me know what you’re discovering by sharing it in the comments.

Click here to learn about my newest program, The Art of Living: Creating Magic and Meaning in Life and Work. Save $100 when you sign up before April 21, 2016.