When unfair things happen in life and business: How to get free of the undertow 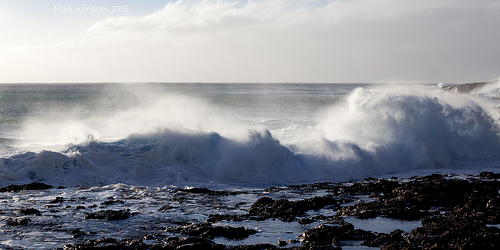 I’ve been noticing lately a tendency to attach to the drama of Miles’s accident. It’s as though I’m not satisfied that the Universe has sufficiently acknowledged the unfairness of it all.

It’s like part of me is holding out for a bigger fuss.

The same thing can happen in our businesses.

You work your tail off to get ready for a major art show, then you get sick. You lose the fee you paid, the time and money and creativity you put into displays and take-aways, not to mention potential income.

Or you spend a bundle on a marketing course, do your homework, and three months later you’re not making any more than you were to begin with.

Or you finally get ahead financially, and then your computer dies.

There are lots of variations, and I imagine you get my point.

It’s easy to attach to the drama of unfairness

Something in us insists that things should come to a halt until either fairness has been restored or there’s been a pretty darn big fuss made in recognition of our victimization.

Because it is about victimization. In spite of being committed to not playing the victim role, it can overtake us. And paradoxically, it’s our very commitment to NOT playing the victim that can get in the way of stepping out of that role and getting on with things.

If you’ve come to a point in your evolution where you’re committed to not playing the victim, you may respond very well after the initial shock of an incredibly unfair situation. You may show up and deal with what’s in front of you with quite a bit of strength and grace.

And that is a wonderful thing.

But then the external drama subsides. And that’s when–in spite of knowing better–we can be pulled into the undertow of victimization.

Drama has a certain momentum that doesn’t necessarily go away when a crisis is past. Part of this is physiological. Our bodies can get stuck in a feedback loop in which hyper-vigilance perceives threats in ordinary things, recruiting fight or flight systems, which reinforces hyper-vigilance.

When our bodies are caught in that loop, it’s only natural for our minds to come up with stories to explain the experience.

The stories lie beneath the surface

If we believed in being victims, we’d recognize those stories. But because we don’t, our stories often lie beneath the surface.

Which makes letting go of them tricky.

Still, being somewhat evolved, sooner or later we see that we’re caught in the undertow.

And we judge ourselves for that.

Judging ourselves for being caught in drama is like swimming against the undertow, desperately striving to reach the shore. If we persist, we’ll only exhaust ourselves and get into greater danger.

Instead, we need to swim with the current.

How to swim out of an undertow

The thing about undertows is that they are usually rather narrow. (Just like our dramas. Even though they seem real, we can sense the edges.)

So the key to survival is to swim with the current until it subsides. Then we can swim to shore.

Just as we need to swim with the undertow, when we see we’re caught in a drama, we need to be with it before we can get out of it.

That takes compassion. Compassion keeps us afloat until we are free of the current.

(Compassion is not approval of the drama any more than swimming with an undertow is approving of the current. Approval is not at issue here.)

When we’re finally free of the current, we turn towards shore. We may find that we face quite a swim! Here are the strategies I’m using for my own swim home.

You may want support for meditation

When you’ve been in crisis mode, you may benefit from supported meditation. Numerous written and audio guides are available. At present I’m meditating with MantraWave from my friend Eric Klein. I find the mantra and music soothing and centering, while the binaural beats ease me into a deeper meditative state.

The specific MantraWave meditation that I’m using is called Removing Obstacles. I can’t know how much to attribute to the mantra and how much to life’s unfoldment, but I do know I am quickly becoming more present, focused, and resourceful.

Exercise can rock your world

I don’t know what the right kind or amount of exercise looks like for you, but I’m pretty darn sure that some exercise will help you get free of the undertow.

When you’re swimming out of an undertow, simplicity is your friend. This is not the time for elaborate plans or complicated projects. This is the time to conserve your strength, cultivate ease, and move slowly from center as best you can.

Keep coming back to yourself and to the present

When you’re caught in an undertow you’re going to be pulled by two forces: the force of the water and the force of your resistance.

That’s just reality. When you find yourself pulled off course (spending hours on Facebook or compulsively checking email when you are theoretically working), just come back to the task at hand. And don’t be surprised if you need to do that many times a day.

Even though our dramas can feel very personal, and in spite of the fact that we take our responses to them very personally indeed, the undertow isn’t personal. Like our thoughts, we don’t create it, nor can we force it not to occur. It’s a force of nature.

What we can do is compassionately recognize when we’re in the grip of an undertow, when we’ve temporarily attached to a drama, and follow the simple instructions for swimming free.

Have a great week,