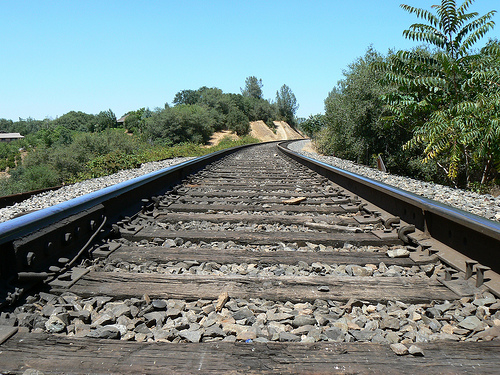 Two years ago my mastermind buddy, Mark Silver suggested we meet daily in an online forum to post our intentions and goals. The idea was that we could help each other be accountable.
I gagged.
But I set up the forum anyway, and played with setting monthly goals and daily actions.
Mostly what I actually did deviated quite a bit from what I said I would do. I’d spend an afternoon doing “research” on the Internet instead of writing an article. Or I’d begin writing a new ebook instead of writing the landing page for an existing one.
After a few months I got something that I kind of knew in the first place: I’m a highly distractible human being.
Like I said, I already knew that. But keeping track of how that played out on a daily basis showed me the cost of not following a system. It also gave me the practice I needed to be more structured.
Activity isn’t action
Activity is bustle and busyness. It can as easily mean running in circles as creating a result. And activity can keep you busy as all get out with little or nothing to show for it.
Activity stimulates your nervous system. It feeds on adrenaline, which can make you feel like you’re getting a lot done. It’s addictive, in its way, even when it isn’t particularly pleasurable.
Action, on the other hand, is taking a specific step, moving systematically toward a stated goal. Even when you aren’t completely certain about what action to take, deciding on the next step and taking it will more you forward. But a single action may not feel immediately rewarding. It generally takes a sequence of actions to generate pleasurable momentum.
Momentum is worth short-term restlessness
One of the chief excuses for free associating instead of planning is that choosing and following through on specific actions seems rather boring, even unnatural–especially when it means resisting the siren call of bright shiny objects.
But restlessness is a short-term response to the modest stimulation of small actions. When you repeat enough small actions toward a single goal, momentum starts to build. Once you experience this momentum, the restlessness goes away.
Momentum means deferred gratification
Sticking with small actions until momentum starts to build means deferring gratification. And one of the myths of self-employment is that it ought to be gratifying. After all, few people quit their day jobs so they can do what they don’t particularly want to do.
So it’s natural that you might prefer to free associate your tasks rather that structure them and follow a plan. You might even think this is your right as an Accidental Entrepreneur.
But building momentum toward a result means doing the scut work along with the engaging pieces. And it means staying on task for a sustained period, otherwise you end up with a bunch of partly completed projects. (Which is one way to keep yourself from generating income. It’s hard to sell what isn’t complete.)
Gratification does come
Fortunately, deferred gratification doesn’t mean no gratification. Once momentum kicks in, the rewards are many, not least increased confidence, a sense of purpose, and a complete work product.
And then there’s self-knowledge.
It’s remarkable how much you can learn about yourself if you stay awake while you transition to structured action.
Know thyself, be more whole, and earn more money
You might not automatically associate self-knowledge and wholeness with a bigger income. But the three go together when you’re self-employed.
You mileage may vary, and here’s a sampling of things I learned about myself as I moved toward a more structured way of working.
Not feeling like doing something has nothing to do with whether or not I can do it, and do it well.
This was a revelation. I discovered that I could step through writing an article or an entire workbook whether or not I felt like it. And the work was as good, if not better, when I felt some resistance.
Distractibility is directly related to fear of failure.
When I’m stumped or lacking confidence, it’s a lot easier to chase a bright shiny object than to stick with what’s in front of me. I learned that fear of failure is not terminal. I can work when I’m afraid as well as when I’m not, so long as I remain aware and patient with myself.
Productivity is profitable, and that feels good.
Who knew that being productive could make earning a profit feel so good? And I don’t mean only in the sense that it’s nice to make money. I mean that there is a relationship between creating and earning that feels generative and right.
The results are worth the learning curve
Focus and structured action don’t need to come naturally. You can develop these skills by practicing and noticing your process. Don’t beat yourself up for deviating from the path, just notice what’s going on and be curious about that. Keep setting goals and defining the steps. Keep noticing what happens. You will get the hang of it.
Photo credit: aresauburn™ via Flickr
under a Creative Commons License.