Why “The Secret” Hasn’t Made You a Millionaire 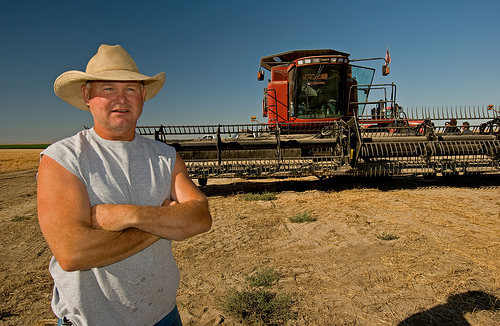 This article goes against much of what passes for spiritual teaching these days. It says that succeeding (even modestly) is hard work. It also says you can do it.

If self-employment isn’t turning out the way you want, this could be the most important thing you read this year.

It begins with farming.

And then there’s the gap between reading it and doing it. Even if the instructions were great and you followed them perfectly, life would happen. Weather would romp across your fields. Insects would treat your crops like a fast food joint. Weeds would do their weedy thing.
It’s the same with anything you do, including earning a living.

Hogwash. Not that there aren’t spiritual laws (that’s the part that’s true). But the human ego doesn’t get to manipulate spiritual law for its own purposes. And, trust me, when you’re wanting to attract something into your life, however exalted, your ego is involved.

The ego is not a bad thing
The ego is the engine of choice and action. It decides what we want and gets us into all sorts of messes along the way to getting it. And because we are both spiritual and material beings, we wrestle with the ego. We know that there is more to life than accruing wealth or power.
But here’s the deal. Without the ego, there’s no wrestling match. And the wrestling match is what life is all about. It’s the vehicle for any transformation worthy of the name. Which, by the way, is why I claim that self-employment is a rigorous spiritual path.

So success, both material and spiritual, isn’t about bypassing your ego (or pretending to) by invoking the Law of Attraction. It’s about engaging your ego in the creation of your life and work.

It starts by deciding what you want to create
Here’s one place where “The Secret” and I agree. Creation begins with deciding what you will create. And why on earth would you compromise on this piece? Choose something that makes your heart sing, and be sure to include the material resources you’ll need to play the accompaniment.

You might ask if it isn’t arrogant to make an audacious choice. And yes, it would be, if you believed you could command your choice into being. But, in fact, you are only the junior partner in the act of creation. And junior partners get to do the scut work. Which brings us to the next step.

Decide how you’re going to create
What are you going to do to get results? No passive “manifesting” here. You’re going to need something more concrete here than positive thinking. As the junior partner in the business of creating, you’re responsible for making what you want take form in the physical world. That’s why you have a body. And a brain. And emotions that, well, that motivate you.

You know, or can find out, what you have to do to build what you want, so no excuses.
Do the thing
Start building. Start where you can with what you have. Keep track of what you do so you can learn what works and what doesn’t.

And, by the way, keep doing the thing. It’s been said that magic is the marriage of intention and action. I would add iteration. Very few things work the way you expect the first time out. The beauty is that you get to keep trying.

But sometimes they won’t be there.

In real life, vision fades. Confidence flags. Energy drops. But that doesn’t have to mean the end of creating. When you know that there will be bumps and slumps, you won’t take them so personally. You can plan for them, which won’t take away the ickiness, but will help you stay with it until things are looking up.

You can do this
I don’t know if you can be a millionaire. I rather doubt that you want to be. But I know for certain that you can create more of what you want, more reliably, than you probably are now. And the key to doing that is to get into action.

I do believe that all the Universe is here to support you. The only question is whether you are bold enough to do your part.

Photo by Scott Butner via Flickr
Under a Creative Commons License

Addendum
A little bird told me I really should tell you about The Self Employment Telesummit. It’s not likely to make you a millionaire, either. And it is likely to help you get over the hump from getting by to shining profitability. Check it out here.