Wild abandon, perfectionism, and the dance of business 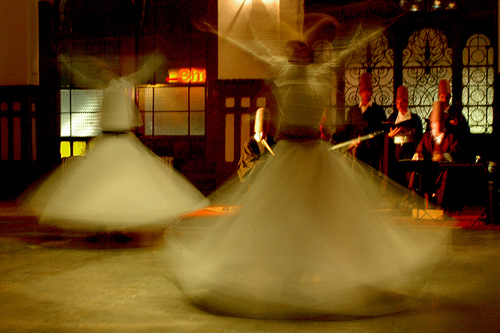 “You were wild once. Don’t let them tame you!” Isadora Duncan
I’ve been musing about wild abandon since my colleague, Philippa Rowlands, hinted that I could integrate more of it into my work. In the same conversation she observed that just maybe I had a tendency to go for a “high distinction” when a “pass” was all that’s needed.
You think?
At first I interpreted that tendency to go for distinction as perfectionism. But something about that didn’t sit right. Then another colleague, Alice Brock, stepped in with a wise and wonderful reframe. Here’s what Alice said:

Let’s call it visionism
“I like to bring up something…that is important to recognize for anyone born with a massive intellect. I notice it in my students (children, aged 6 up) and my clients that, if they are bright to gifted, they suffer from something that appears to be perfectionism. However, often it is not perfectionism, but ‘visionism’ that they suffer from.
“Their beautiful brains give them a vision of what could be, a glowing, magnificent possibility and they fall in love with its transcendent qualities. When they attempt to replicate their vision on the physical plane, it naturally falls short (sometimes far short) of the shimmering picture that is in their head. As anyone who has ‘visionsim’ can tell you, this can be devastating.
“What makes it even more painful is when other people tell them they are being perfectionists for being disappointed. No! No! No! Perfectionism is different. Perfectionism is a manifestation of anxiety and feels tight, fearful and controlling.
“Visionism is the pain of not being able to bring the beauty that is in one’s head into the physical world. With visionism, bright and gifted folk need the compassion and the understanding that the reality will not measure up to their vision.
“Bright and gifted folk need to develop the skillset to be okay with what at first blush appears to be mediocrity and realize that the first feelings of disappointment and dejection are normal. They also need to learn to distinguish between perfectionism and visionism. Once they can identify each state, they need to be able to give themselves a hug for being in either state and then give themselves permission to move ahead with a product or project that ‘seems’ inferior. And not take themselves too seriously.”

Different frames, similar challenges
Perfectionism and visionism are different frames for the experience or fear of falling short.
As Alice says, perfectionism “is a manifestation of anxiety and feels tight, fearful and controlling.”
I propose that visionism is a manifestation of a magnificent possibility caught between wild abandon and careful development. Enacting a vision calls for both. But how do you negotiate the edge between abandon and care?

The 70% solution
Enter another wise colleague, Sean D’Souza. Sean urges his clients to put their work out in the world when it is 70% complete. 70%! In Catholic school that was a D. What is he thinking?
For one thing, we’re not in school any more. The real world makes the most complex story problem or essay test look dead simple. And school doesn’t take into account the feedback loop, the interplay of action and reaction that lets you correct your course until you reach your goal. Without feedback, you can follow a perfectly straight line and land miles away from your destination.
In the real world, a vision that is 70% realized is ripe for feedback. Keeping it to yourself strangles it, keeping it from the light and air of interaction and feedback. The interaction and feedback it needs to reach 90% completion.

It’s only ever 90%
In the olden days at school, 90% was a solid B. (Yes. I really was obsessed with grades. Sue me.) But in the olden days, 100% was a fixed point. An ideal that could be fully defined and actually accomplished.
But in real life, there’s no such thing as 100%. An ideal, a vision, is always evolving, growing, shifting. That’s what makes it vibrant and enduring. So you can never fully close the gap between 90 and 100%.

Embrace vision, dance with abandon, and let go at 70%
The beautiful thing about 70% is that it honors your vision while showing you when to bring it out from the ideal and into the real world.
At 70%, it’s time to let the wild rumpus start.*

Connecting with wise ones
Sean D’Souza can be found at www.psychotactics.com. Alice and Philippa are each at work on their Web presence. I’ll pass along links in due time.